From Shepherd to Education Minister

The next time you blame you circumstances for keeping you from achieving success, just think over it again. Because more than your surroundings and the resources you have access to, you yourself are the determinant of your success. No matter what your past or background is, change starts within you. Where you come from does not define you, but what you do defines you. You yourself have the power to create resources, pursue your goals and achieve your dreams. And with hard work, perseverance and full dedication you can achieve almost anything in life. The same principles can be seen in the inspiring life story of Najat Vallaud Belkacem whose journey started from being a shepherd Moroccan girl. And now she is the first woman ever to be appointed the education minister in France. She is also labelled as ‘the new face of France’ by the international media and press.

Najat was a born in 1977 in Bni Chiker, a poor village in Morocco. Looking for job, her father, Ahmed had migrated to Abbeville, a town in France, even before she was born. Back home in Morocco, Najat lived in a farmhouse along with her mother, grandfather and an elder sister, Fatiha. She and her sister would collect water from a nearby well and help their grandfather tend to his flock of goats. When Najat became four years old, her father got a job as laborer in Renault, a French car manufacturer. Hence he called for his wife and daughters to live with him in France.

She grew up in Abbeville and then in the city of Amiens. There had to face a big change in culture there, couldn’t even speak a word of French. The family struggled to adjust themselves into a culture that was vastly different from their background. Najat once described the struggle of getting accustomed into her new environment in the following words: “The fact of leaving one’s country, one’s family, one’s root can be painful, it was very difficult to get our bearings”. However her mother encouraged her children to study and become financially independent. And their father inculcated in them the principles of hard work and diligence. He had forbidden their flirting or going out with boys before the age of 18. Hence she spent all her time and energy in studying and reading continuously.

By the end of her first year, she had become fluent in French. She received French citizenship shortly before enrolling as a law student at the university in Amiens. There in the university, she came across a prospectus for the prestigious Institut d’études politiques de Paris. Despite discouragement from a teacher who told her it would be out of her reach, she took the entrance exam and passed it as well. To lessen the financial burden off her parents, she worked two jobs while earning her Master’s in Public Administration.

She entered into French politics by joining the Socialist Party as an advisor to the mayor of Lyon. In 2012, the Socialist President appointed her Minister of Women’s Affairs. In the same year, she became Minister of City Affairs Minister of Youth Affairs and Government spokesperson.in 2014, she was promoted to the Minister of Education, one of the most senior posts in France, becoming the first French woman to be appointed to this post.

Her journey is an encouragement for everyone to pursue their dreams. She says,

“It is O.K. to fail as long as you try. My mother used to always tell me, ‘Don’t worry, life has more imagination than you.’” 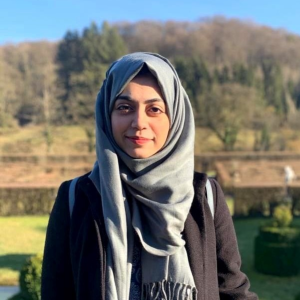 From Shepherd to Education Minister