When they say their work is not based on personal experience, they are wrong, atleast when their words bleed. Yes, writers do have intrinsic qualities to create situations owing to their creativity, but one can tell alot about their personal life by looking at their works. This is a sort of technique used by the critics, especially for the life histories of those writers who had a tragic life and a mysterious death.
For Online Gifts to Your Loved Ones
Have you ever observed that madness and genius go hand in hand? Mental illness of writers is no exception! Today it is considered simply a condition created by their own artistic minds. Well, we all have difficult lives and we all got problems! But creative minds perceive them differently. They can either be very optimistic about everything or fall into depression by over-thinking and creating situations that were never there in the first place. Most importantly, they can never settle for anything less because their fantasy world is so perfect! The life in their mind is different from reality, maybe because the expectation level is so high!
Such an example is the life of an American novelist and poet, Sylvia Plath, who wrote under the pseudonym Victoria Lucas. She was a genius. She started school 2 years earlier, started writing complete poems at the age of 5. Her first publication was at the age of 8 in some school journal. How many of us can boast a thing like that? At such a tender age, she was aware of the innate human feelings of love, hate, anger and grief. A source claims that her father died when she was 8 which sort of explains that right? She was a brilliant student at school, always secured good grades and graduated first in her class along with earning scholarships for her writings.
But wait, there is more to the story. She was a depression patient with acute insomnia. She couldn’t sleep for weeks and became immune to sleeping pills. She even tried to commit suicide. To put it in her own words,
“If I rest, if I think inward, I go mad.”
Many of the dark sides of her famous life were revealed in her own journals published after her death. Once Plath took 40 sleeping pills and was recovered from the cellar of her house, covered with her own vomit,in a semi-coma state. She was taken to the hospital and recovered. Went through many treatments including electroshock therapy and again returned to poetry and won scholarships.
She married another famous writer Ted Hughes but later realized that it was a mistake. She had two kids and saw many ups and downs. Her depression worsened when she came to know her husband was cheating on her with another writer Assia Wevill( who by the way also committed suicide the same way Sylvia Plath did-by gas and died).
It gives me goosebumps to write about her final suicide attempt. She put some bread and food in her children room and locked it with a tape. Later she locked herself in her kitchen and suffocated by turning on the stove and bending over it. Her body was recovered by a nurse.
For Online Gifts to Your Loved Ones
Her writings are a true mirror of her life. After her death at the age of 31, many critics blamed Ted Hughes, many said she was still under the impact of the death of her father and many said she was just a psycho patient who happened to be gifted with the power of pen. Journals of Ted Hughes prove the idea because according to them, Ted used to visit Sylvia and they were talking to make their marriage work but she was in a dilemma regarding giving it a try or not. Anyhow, the point is, people with hyper-active minds are very sensitive. Especially the ones who get famous or always are the center of attention cannot simply tolerate to compromise on something less than that. Many suicides of famous personalities are such an example.
They say, the personality of Sylvia Plath was obsessive- compulsive type. She tried to achieve whatever she was obsessed with the moment. Invariably a top- achiever since her school days, she couldn’t settle down for anything less than that! When she had to, she preferred to leave.
Share

Life of a low GPA student by Maria Naz 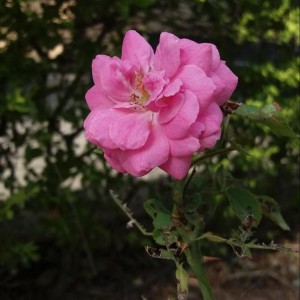