“In the space of a century, the American experience of nature…has gone from direct utilitarianism, to romantic attachment, to electronic detachment.”

(Last Child in the Woods: Saving Our Children from Nature Deficit Disorder)

My child will one day ask me, “What is purity?” And I will be speechless as there will be only machines and artificiality surrounding me. He himself will be a miracle of technology not of nature. Rather no more nature will be there but only artificial environment (Air-conditioned ambiance). What will I answer the innocent mind with?

Years ago we were blessed with purity and simplicity yet we were not to settle for less so we made up our own worlds: secluded, mechanical, and technical. There is no more man but only robotic mind and mechanical body manufactured with knowledge of science trained for progress and development.

There will be more buildings than trees and we may see animals only in books, zoos or sometimes in the sky. They may become sculptured displays at the museum just as dinosaurs are now delicately-preserved. Each of their bone will be valued. Though we do not have much of a clear answer to dinosaur’s death but what will we be answering children when they will ask us the cause of these harmless animal’s deaths.

The sun will glare into our eyes as if in fury blaming us that you put your planet on fire with your own constructive as well as destructive hands. We have the choice still to restore nature’s bounty and beauty. It is better to change now than to regret later.

When I teach my students about pollution, global warming, ozone layer and so on, they are intrigued by the fact that even after having awareness about ozone hole and green house gas emissions why are we still not taking necessary steps. It has created a hopeless situation as people want to pretend ignorance.

When my students question: Is it never going to rain here in Karachi? I can only blame a fellow citizen who cuts down all the trees just to build smoke-emanating factories and congested buildings which don’t allow sunshine pass through.

According to leaders of Clinton Global Initiative in New York (NY), it is estimated that Weather change is the “single biggest risk to the global economy today”

Nature has a nurturing power. According to biophilia hypothesis human beings are instinctively connected to all the other living systems. Children’s cognitive skills are sharpened and better developed when they are exposed to natural environment. Children suffering from ADHD (Attention Deficit Hyperactivity Disorder) have boosted learning ability after getting in touch with natural ambiance. So, aren’t we replacing our health of mind and body by technology and pollution? Rather than growing it, we are destroying what is already there to build something more. Now, technology has taken control over us and our children.

It is time for us to choose what kind of future do we want to have? Can’t we do a small effort to grow more trees? Don’t we have a responsibility towards mute and powerless endangered species?

Impurity of environment only reflects filth in our hearts. We are selfish beings yet in the pursuit to achieve all, we are losing what’s worth having.

When I have Fears.. 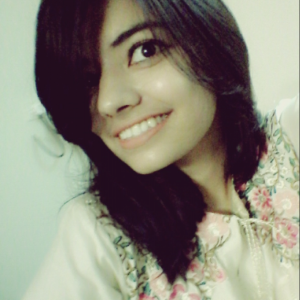