Had been thinking about this competition entry and ended up writing about Love shove thing at the end (though am ignorant and oblivious about it) LOLLZZZZ….. so lets begin….

Hearing people saying who is charming, who is adorable, who is just okie dokie, who they love secretly and who they hate really, I have passed many years, am in age where most of friends talk about love, dating, darlings, dears and sweet hearts.

Aah… Love!…. An enigmatic concept and something of complete bafflement for me for years, since I got to understand what it really might be like. I always have been keenly interested to know more and more about love and relations of youngsters, as methinks, it’s the most precious and worthiest feeling on earth.

Being a youngster myself with having zilch experience of love as yet, I always have idealized this concept, when I see my friends chatting about it, more often I question whether their love is conditional or unconditional and unluckily finish up the discussion by hearing “oh how can you speak about it when you have never been in it?” Ouch! that hurts….And look here I am again thinking laughingly today that this love thing has caught my eyes again.

I often have experienced in casual gatherings that youngsters when speak about love, they come up with their own definitions. Some say love is all about thinking of your significant other, some say we have overrated this concept nowadays because love was existent in history only now there’s lust left, some say love is for wise, mature and aged enough people as they have better understanding of their feelings, you understand what love is only when you grow with age else is just infatuation…blah blah… and I end up thinking which of all such statements could exactly be true.

This subject of love has been important since the beginning of time and I believe love has got many forms and it differs from relation to relation. Well, here I am talking only about young people love so I see them totally blind by love which eventually makes them see only good attributes of their partners rather than exploring the soul and bringing balance in relation, that is why when their relation breaks, they blame and curse beloved love and fate instead of admitting and owning their own blunders. I don’t think its love rather is just infatuation or crush because love is accepting other one with his whole existence rather than just the good characteristics and ignoring the bad ones.

Love is not about creating boundaries for your partner but is to let them free to do what they wish to, support and stand with them in their decisions. I would never say that young love is a mistake or a waste of time because there are going so many things simultaneously in life which makes it harder to concentrate but, making love and relation an obsession is dangerous as it weakens other relations and you start to lose them then. So they must take it like friends only and should wait till they reach an age where they can take a mature decision otherwise they may rush to get into a love relationship which actually won’t be one at all.

In my opinion we should not just rush towards certain things blindly. There is proper age for things we do in lives which eventually affect us all later in life, with better or with worst consequences of our actions made hastily. So better take time to make a good decision than falling so quickly with persistent complexity between love and infatuation. The reason for this complexity is lack of education and guidance on the subject discussed. There are counselors rare to be found to discuss such problems, when faced, and there is hardly any education given on the matter. People don’t usually open up their relations to elders and parents fearing that they might be beaten up or punished and the reason why they don’t discuss is lack of communication, openness, friendly relation with parents and mutual trust which ultimately widens the gap between succession of relations.

to wrap up my point i’d say:

“love is still loved by all, Inspite of its concomitant worries.”

Always do the best of what you have! by Nargis abdul hakim 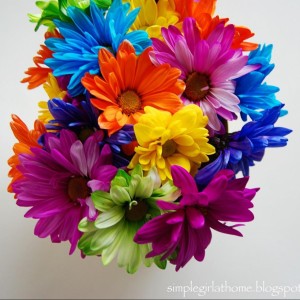